Mitochondria are cellular organelles which together constitute the chondriome and are involved in energy conversion resulting from cellular respiration. During this, the energy released by the oxidation of organic substrates is set aside as a potential high energy compound, ATP, by phosphorylation of ADP. Phosphorylation is coupled to oxidation, the phenomenon is described as the oxidative phosphorylation.

I) Structure and biosynthesis

​​A) evolutionary origin of mitochondria

Mitochondria are cytoplasmic organelles bounded by two membranes. There are about 1000 per cell in humans. Its main functions are:- Energy production- Storage of energy (as ATP) This is the result of cooperation between biological performance and the eukaryotic cell mitochondria that provide energy for biosynthesis.

​​B) Origin of double membrane

The hypothesis of endosymbiosis: mitochondria derived from aerobic bacteria that were phagocytosed by the primitive eukaryotic cell without being degraded, which explains the double membrane:- External cellular origin- Internal bacterial origin.

These are the oldest known organelles. They have great size (1-2 to 10 microns long and 0.5 to 1 micron wide), it is possible to see by light microscopy. On fixed cells, there are three different aspects (the structural polymorphism does not alter their function):- In the form of granules are lesmitochondries =- As bacilli or filaments = chondriocontes- In strings of granules = chondriomites. It appellechondriome all mitochondria of a cell. Mitochondria are still very large numbers, proportional to the energy of the cell. They are located in the most active area of ​​the cell. It is found in high quantities in cells with high energy demand such as muscle cells or the flagellum of a sperm. In contrast, we find a limited number in plant cells (some algae have mitochondria that!).

Global distribution:- H2O 65%- Protein 20%- Fat 10%- Nucleotides 1%- Cations- Vitamins A and C They are delimited by two membranes: external (relatively flat and smooth) and internal (heavily pleated). They consist of a lipid bilayer and protein. In between, the intermembrane space (or outer chamber) for 6 to 8 nm thick. The space defined by the inner membrane is the matrix space (or internal chamber) containing matrix.

It contains 60% protein and 40% fat (mainly unsaturated phospholipids and some cholesterol). It has transport proteins but also of enzymes and protein receptors (for recognition and import of proteins into mitochondria). This membrane is quite similar in its composition, membranes of the endoplasmic reticulum (in particular it contains enzymes involved in lipid metabolism). The outer mitochondrial membrane is characterized by a high permeability due to the presence of several transmembrane proteins, the porins (belonging to the category of "conductines" or "tunnel proteins". Porin Each defines a channel through the aqueous and lipid bilayer letting all the molecules of molecular weight or less 7KDa. Of particular note is that the outer membrane is permeable to protons.

It issues invaginations called cristae that increase the exchange surface between the external environment and inside the mitochondria (the matrix). The shape of these peaks may vary according to species, tubular ridges being the most common, there are also peaks gallbladder. It contains 75% protein for only 25% fat. There are three types of protein: protein transport molecules (such as permeases), protein electron transport (redox for the respiratory chain), and enzymes and enzyme complexes (especially ATP synthetase) . With regard to lipids, it should be noted the low cholesterol (less than 3% fat) and the presence of a particular family of phospholipids: cardiolipins, molecules containing 4 fatty acid chains, which is responsible for impermeability to ions of the inner membrane (impermeable to H + in particular) unless they borrow specific permeases.

Dense fluid containing polynucleotides (DNA and RNA) and phosphates of nucleotides (ADP, ATP). There are also small mitoribosomes called ribosomes. Finally, there are reservations in the form of granules (calcium phosphate). It also highlights a large number of proteins (protein concentration is 500 mg / ml in the matrix), one hundred enzymes and coenzymes:- Oxidative enzymes- Enzymes involved in the phenomena of replication, transcription and translation of genetic material- Coenzyme A, a small molecule (derived from a B vitamin) which is involved in the enzymatic transfer of acyl groups (A stands for "acetylation"). Finally, Mg + + and Ca + + (20-50% of cellular calcium is stored in the mitochondria).

The majority of mitochondrial proteins are synthesized in the cytoplasm. These proteins are secondarily through the outer and inner membrane (which they can fit in the case of membrane proteins) to enter the room matrix and eventually return to the outer chamber. Most polypeptides destined to enter the mitochondria are soluble in the cytoplasm. They have a sequence "signal" of thirty specific amino acids, rich in arginine and lysine (+ charge) at their N terminus (first synthesized). A minute or two after their synthesis, the polypeptide precursors of mitochondrial proteins bearing the signal sequence, bind their hydrophobic regions of proteins to the group of protein "chaperones." These hsp family proteins (heat shock proteins) prevent temporary three-dimensional folding of newly synthesized polypeptide. The signal peptide (presequence) of the precursor polypeptide is recognized and fixed by a receiver located on the outer membrane of mitochondria linked to a channel called TOM and then is transported by lateral translocation to a level where the two membranes, outer and inner are very close and starts next to another channel complex TIM23. The polypeptide deployed engages the translocation channel formed by TIM / TOM common to both membranes. As in its translocation, chaperones hsp stand out from the polypeptide (which requires a supply of energy by the hydrolysis of ATP molecules). The passage of the polypeptide across membranes is enabled by the existence of the electrical gradient of the inner membrane of mitochondria (+ deficit charges on the matrix face the inner mitochondrial membrane), which provides the driving force required for translocation. The protein in the inner chamber is associated with mitochondrial hsp chaperones and then be released after consumption of ATP. Once passed into the inner chamber, the signal sequence of the polypeptide precursor is excised by a protease. The polypeptides for mitochondria may, according to various methods derived from that described above, remain in the matrix, integrate into the outer membrane or inner membrane or be localized in the outer chamber. In this melee, the N-terminal region exposed by excision of the signal sequence is itself a carrier of hydrophobic addressing sequence that determines the polypeptide to sink into the inner membrane, or pass into the outer chamber .

​​A) Synthesis of ATP: general

A primary function of mitochondria is to participate in ATP synthesis in the cell by phosphorylation of ADP (adenosine diphosphate) into ATP (adenosine triphosphate). This activity is fundamental, because ATP is the main form of energy storage cell: ATP is a carrier of activated phosphoryl group. A mammalian cell contains about one billion ATP molecules, and degrades and completely replaces the ATP pool in 1 or 2 minutes. 10 million molecules of ATP are used each second per cell. In one minute, the human body consumes 1 gram of ATP. The initial input of energy is provided by the food ingested by the body: proteins, lipids, and carbohydrates in the form of macromolecular complexes, they are broken down into smaller molecules during digestion carried out in the overall digestive system, d On the one hand, and the cells themselves.

A first mechanism implemented in the transformations of energy consists of oxidation of organic substrates, ie in the dehydrogenation of these substrates. Oxidations carried out for a modest share in the cytoplasm, and mostly in the mitochondria.

a) Cytoplasm and glycolysis

Glycolysis: a glucose molecule is converted into two molecules of pyruvate and two molecules of ATP.2 molecules are reduced nicotinamide adenine dinucleotide:2 NAD + + 4H ==> 2 NADH + 2 H + Glycolysis converts only a small part in ATP of the potential energy of the substrate. Pyruvate and NADH + H + still contain a high energy potential. Under anaerobic conditions, the energy balance is low. The molecules of pyruvate and NADH + 2H + are transferred to mitochondria, and the energy they bring will be recovered in the presence of oxygen within the aerobic glycolysis.

The pyruvate can pass directly through the outer membrane of mitochondria (porin), then they cross the inner mitochondrial membrane and reach the mitochondrial matrix through specific carriers, the pyruvate translocase shuttles that are coupled so as to ensure (symport) the passage of pyruvate and H +.

Triglycerides are degraded (lipolysis) in the cytoplasm of adipocytes through the action of lipase fatty acids are transferred to the mitochondria. The fatty acids are associated with molecules of Coenzyme A part of the stock cytoplasmic CoA in the cytoplasm, forms and acyl-CoA. The reaction is catalyzed by enzymes of the outer membrane of mitochondria (acyl-CoA synthetase or thiokinases) whose catalytic site is located on the cytoplasmic face of the membrane. The acyl group is then transferred to another molecule, carnitine (acid alcohol N), the reaction is catalyzed by an enzyme of the inner membrane, the acyl transferase carnitas, whose catalytic site is oriented toward the outer chamber. The acyl carnitine is transported via an antiport carrier in the inner chamber. In the matrix, the fatty acids are released from carnitine, which returns to the cytoplasm, they are transferred to molecules of coenzyme A that is the stock matrix CoA.

The passage of protons in the outer chamber creates a high concentration of protons (10 times higher than that of the inner chamber) which determines the formation of a pH gradient across the inner membrane of mitochondria. Indeed, there is a deficit of H + in the matrix space from the outer chamber, so the higher pH (alkaline) in the matrix (pH 8) than it is in the outer chamber (pH 7.2). It creates a membrane potential across the inner membrane of mitochondria, the face matrix is ​​negative with respect to the outside where the positive charges accumulate. The pH gradient (chemical gradient) tends to reduce the H + to the matrix and to remove the OH-, the membrane potential (electrical gradient) tends also to attract the positive ions to the matrix and take out the negative ions . The energy transferred by electrons during their transport in the respiratory chain is thus converted into the production of an electrochemical gradient, which tends to push the proton H + to the matrix. The inner membrane is generally impermeable to protons, they will not be able to return to the matrix by using a specific permease.

There are in the inner membrane of mitochondria a protein complex (ATP synthetase) can play the role of specific permease with respect to H +. It corresponds to the elementary particles observed on cutting transmission electron microscopy on the face of the inner membrane matrix.

a) Review of oxidative phosphorylation

Rotenone, a molecule of plant origin used as an insecticide, blocks the complex I (NADH coenzyme Q reductase) so the electron transport chains of respiratory initiated at this level, which strongly reduces the synthesis of ATP. Cyanide (KCN) inhibits the functioning of the respiratory chain by binding strongly and irreversibly to complex IV (cytochrome oxidase).

Mitochondria play an important role in the mechanisms of apoptosis (see apoptosis). 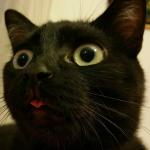